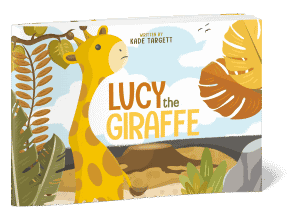 This is a story about Lucy the teenage giraffe who feels that she is always alone, unloved and unneeded. As the story unfolds, she learns from her new friends that she
is never alone, is needed and loved. On her journey Lucy discovers that helping others brings her great joy while creating lasting friendships.
The object of the story is for children to have faith in themselves and to know they are always loved.

Beautiful illustrations by Sara Salamat will keep children engaged and entertained throughout the entire story.

Kade Targett was born in November 1988 at Queen Victoria Hospital in Launceston. The youngest of two, he grew up in various places, from Queensland to Tasmania. His family moved to Townsville where he started at St Vincent Primary for only a few short years. His parent’s career changes allowed his family to slowly travel, making their way back to Tasmania and through multiple schools, he finally completed his senior years in Launceston Tasmania.

Kade left Seabrook Christian School to pursue a career in the Airforce, where a tragic event prevented him from pursuing his ideal career. After recovering from his injuries, he found a career as a Baker. After seven years, many early starts and not much of a social life, he decided to change his direction and has found his place in the Electronic and Key Industry.

He started writing poems as a hobby, with encouragement to publish a book, however with life and work demands, time slipped away. In recent years, he began writing his first children’s book during bus trips to and from work, where he began plotting his ideas and created a gorgeous book for children.

Kade has remained in Launceston since his primary years of school. After a few failed relationships and the birth of three daughters, he settled down and married in October of 2016, also becoming a stepfather. He spent a lot of time with his Mother Sally during her many years of diminishing health, where she urged him to publish his book of poems . She passed away in January 2018, her body succumbing to her illness.

K. Targett’s first book, ‘Lucy the Giraffe’, is for Children and published by Intertype, in December 2019. 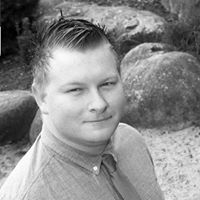