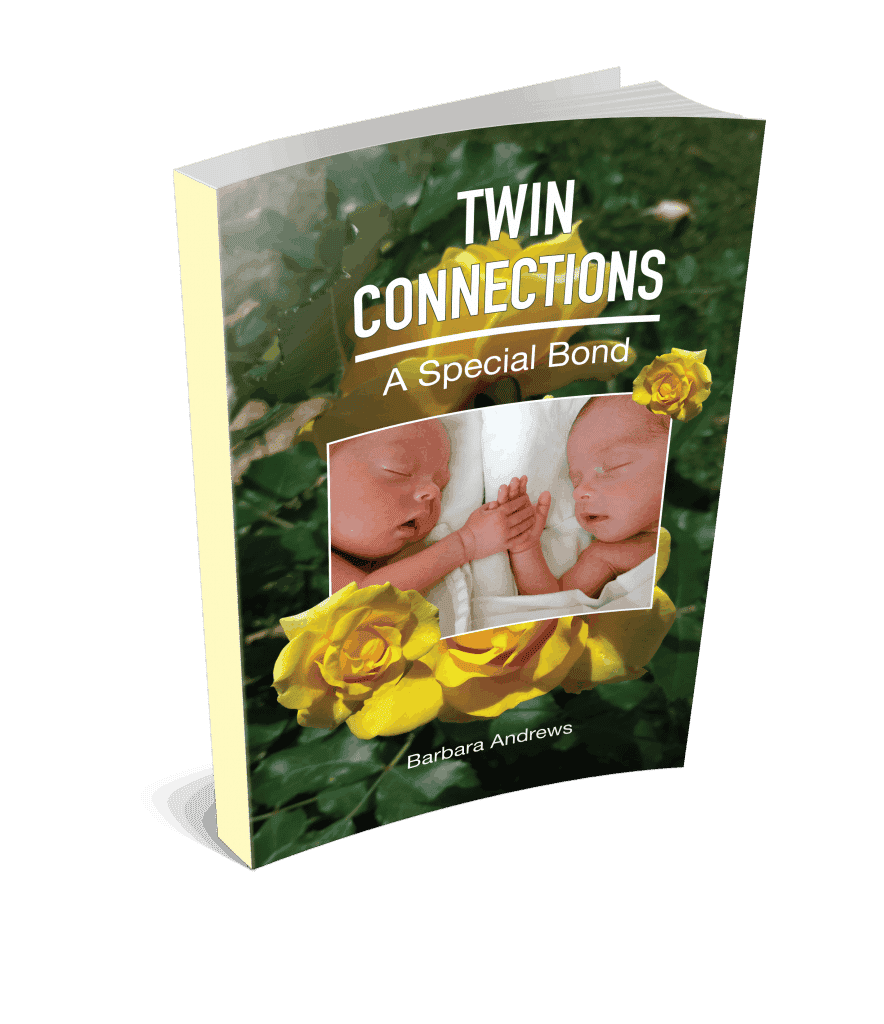 One of the magical mysteries associated with twins is that they share a special connection beyond that of ordinary siblings. While the twin bond is a unique relationship, sometimes it’s endowed with extraordinary, seemingly telepathic, qualities. The special bond between twins, Barbara and Rockney demonstrates the enduring nature of the “twin bond” even though Rockney isn’t able to verbally communicate.

This book is a must read for twins as well as those who know twins so that we can all better understand the unique Twin Connection.

There are many articles on identical twins having a close bond and experiencing ESP.  Rarely will you read about fraternal twins experiencing these unexplainable occurrences also.

The author had a twin brother who lived with Downs Syndrome and was very severely handicapped both physically and mentally. Throughout their lives she experienced unbelievable this phenomenon so often.

Sometimes over the years she wondered if these powers were given to him because of his condition. All she knew for sure was that he was very special and the close bond they always had will stay with her forever.

Rockney passed away in 2005 at the age of sixty-one. She was devastated of course and within this book she goes into detail of unexplainable incidences which have also occurred since.

Many believe the human being has powers we don’t understand and probably never will.

This is a story of a deep love

Barbara Andrews. This is my story depicting my life with my cherished twin brother Rockney, the extremely close bond we always had and many unexplainable incidences that occurred between us.

Rocky was born with Downs Syndrome and was extremely handicapped both physically and mentally.

Although he never uttered a word in his life we always understood what each other were thinking. We didn’t need words.

He was a very special person in many ways who taught me much about life.

I have written our story with much love in his honour.